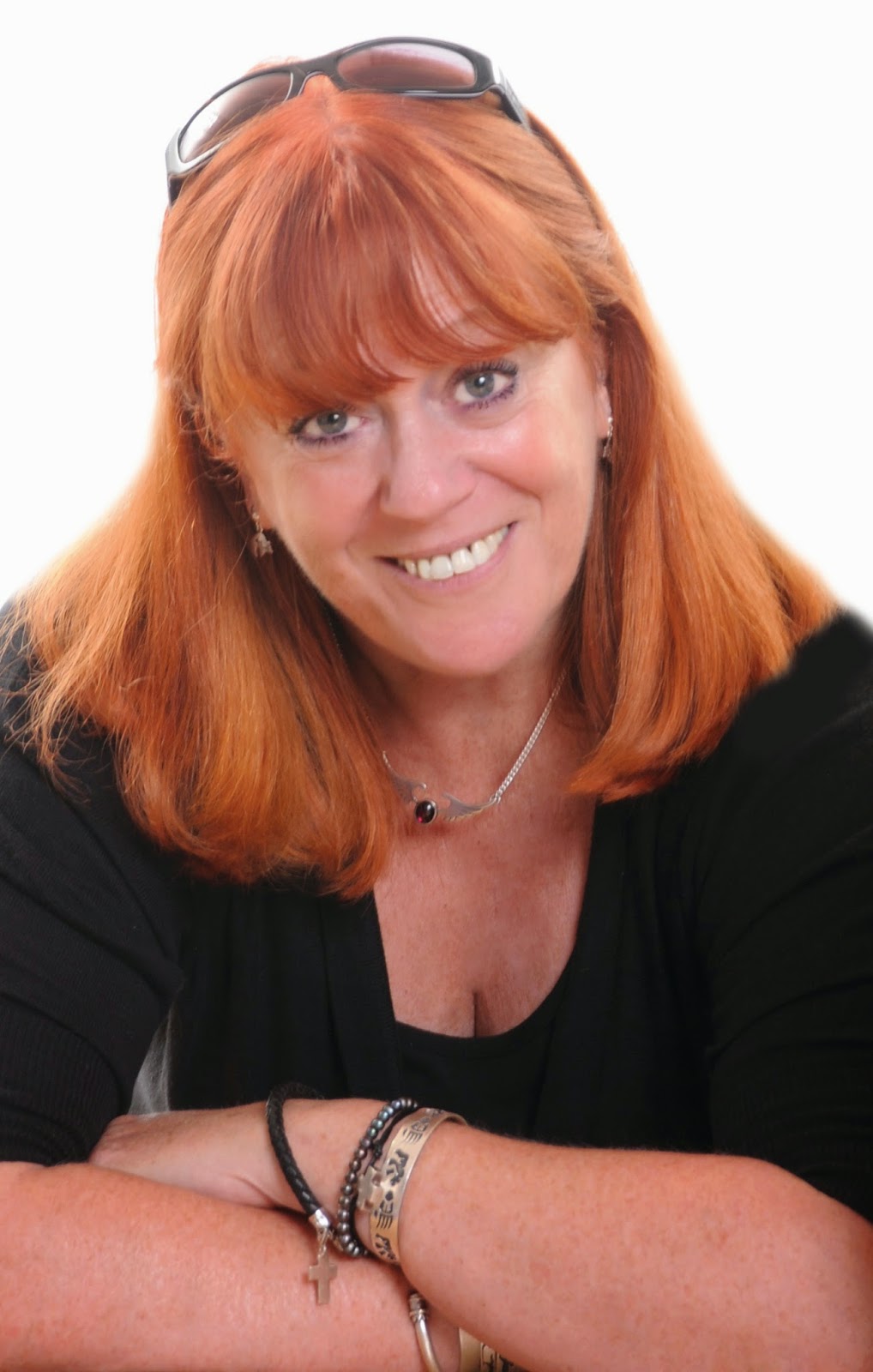 I have three authors following on from me, Kirsty Ferry, Jane Lovering, and
Holly Stacey. You can find the link to their blogs at the end of this post.
OK ... baton at the the ready?  Let's go!

At the moment, I’m working on the third book in my paranormal romance trilogy.
The working title is Alpha, but it will probably change.

The story concentrates on Stevie, the manager of Will’s trendy London club. I wanted to keep most of the same characters in all three books, possibly even leaving the door open for a fourth book. So whereas the second book is a sequel to Dance Until Dawn, this third book is different, but still features a lot of the same characters.
Stevie is a werewolf, and has been a close friend of Will’s for many years. A lot of other books in this genre have vampires and werewolves at war with each other, but that has been done (a lot) not least by the likes of the Underworld films and the Twilight saga by Stephenie Meyer, so I decided I wouldn’t go down that route. I felt a different perspective was needed – a fresher approach. So Stevie first appears in Dance Until Dawn, he plays a slightly bigger part in Renegades/Revenge is Sweet, and finally becomes the centre of attention in Alpha. His love interest is a beautiful rock singer, and the protagonists are rival werewolves. Of course, Will and Ellie are around too – who else would Stevie turn to for help when everything goes horribly wrong? 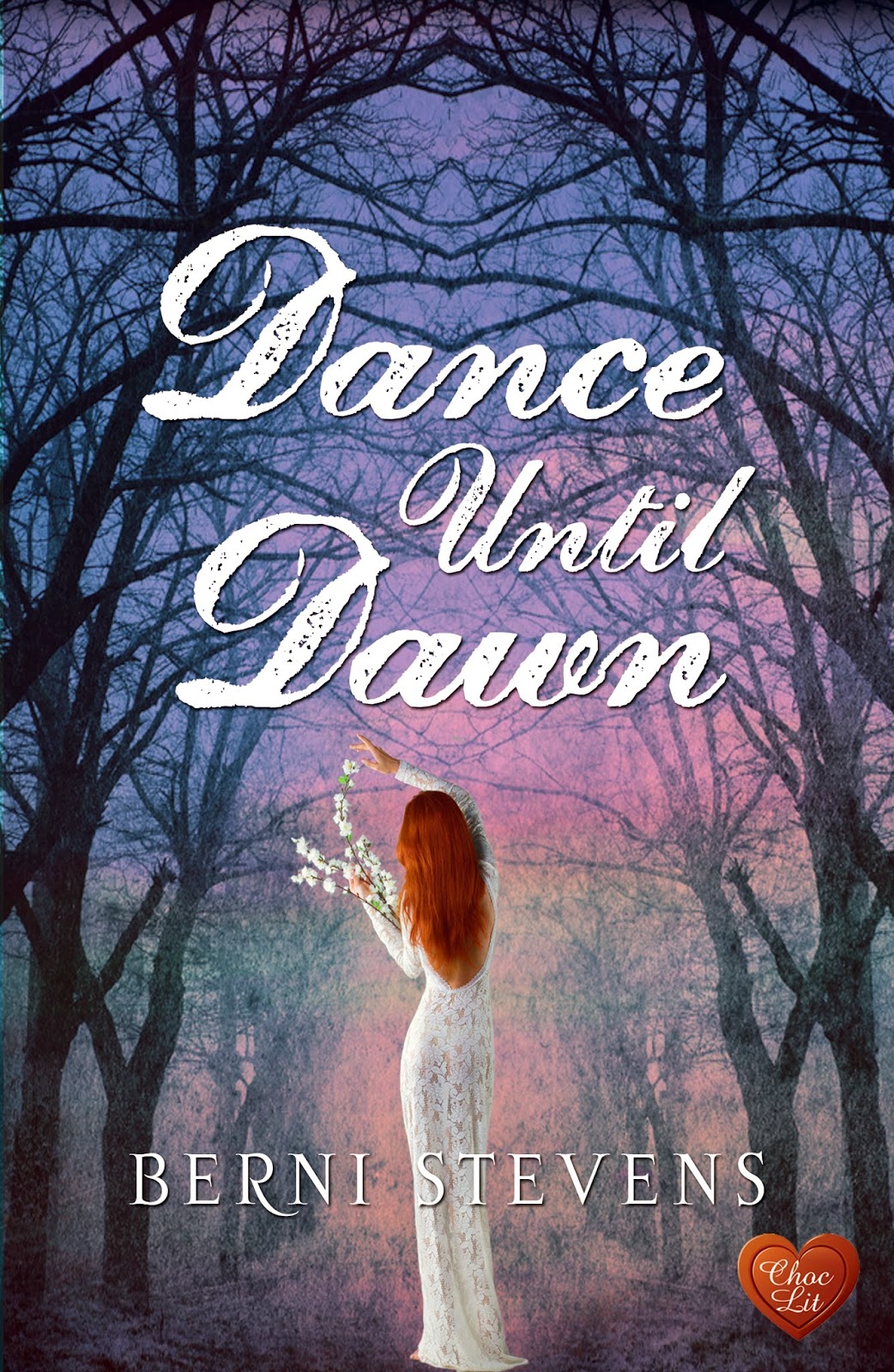 2)   How does my work differ from others of its genre?

One of the differences is that my books are set in London.
Many paranormal romances are set in America – usually because the authors themselves are American – and I wanted to bring vampires back to London! Since I wrote my first book, other English authors have written paranormal romances set in England, so I think we Brits are fighting back!

In paranormal novels, the romance is usually between humans and vampires. This poses the question about turning the human into a vampire (i.e. to turn or not to turn?) This made me wonder what would happen if an old established vampire had already turned the human he loved, in the beginning of the book. Would she even remember him in her vampire state? Resent him for turning her? Perhaps even hate him?

3)   Why do I write what I do?
My fixation with paranormal romance evolved from urban fantasy and Gothic literature. It has added another area to the fantasy genre. I like the fact that my characters can do all sorts of things that humans can’t, yet have a million more problems that humans don’t. It makes writing it all the more fascinating.

4)   How does my writing process work?
I have to confess I’m not the most organized of writers. I don’t plot everything in finite detail. I know I probably should, but I don’t. An idea forms, and I write it down before I forget it. Sometimes a character pops into my head first, so I write him or her down. Characters often have a way of dictating what’s going to happen next. So once an idea gets into my head, I start writing and see where it takes me. I am always amazed when other writers talk about the way they plot out their books. I wish I could write like that, but I can’t.

But I am quite meticulous when I start my research, even to trawling estate agents’ websites in order to make sure the price of Will’s house was as correct as possible at the time of editing Dance Until Dawn.

I live within a twenty-minute drive of  Hampstead and Highgate, so I often walk around their streets, over the Heath, and round the famous Cemetery. It’s important for me to get a feel for places in the story when I’m writing. You might be interested to hear that Will’s house really does exist, it’s just a couple of streets away from Swain’s Lane.

Also, places change all the time too, especially in London. For example, Jack Straw’s Castle, which used to be an historical coaching inn – has been converted to mega-expensive apartments with its own gym!

In the name of research, I often walked the towpath at Camden Lock, in Will’s and Ellie’s footsteps, notebook and camera in hand. (Dragging my long-suffering husband along with me!)  The Market itself has changed dramatically over the years too, going from a small, trendy  craft market next door to Dingwall's club in 1974, to the extended Market in The Old Stables, with its huge bronze horse sculptures and Victorian figures. There are food halls, clubs and galleries in abundance, as well as amazing shops and stalls. It's one of my favourite places in North London. 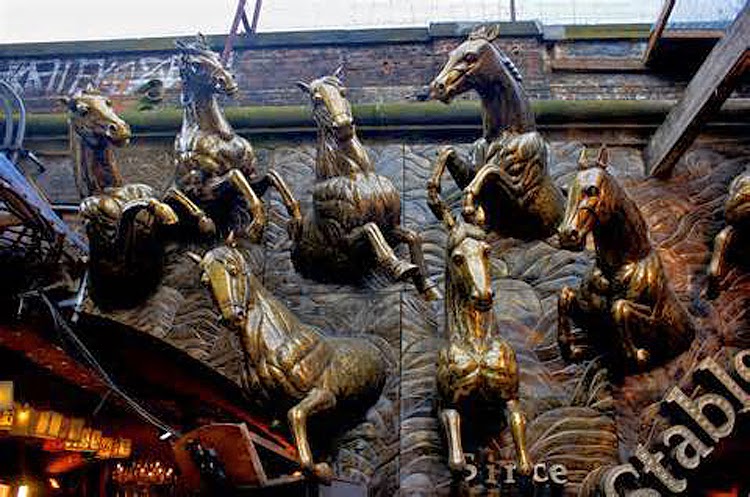 Kirsty is from the North East of England and lives there with her husband and son. She won the English Heritage/Belsay Hall National Creative Writing competition in 2009 and has had articles and short stories published in Peoples Friend, The Weekly News, It’s Fate, Vintage Script, Ghost Voices and First Edition. Her work also appears in several anthologies, incorporating such diverse themes as vampires, crime, angels and more.

Kirsty was also a judge in the Paws 'n' Claws Wild and Free Children's Story competition in 2011, 2013 and 2014, and her paranormal novels The Memory of Snow and Refuge are available both in paperback and on kindle from Amazon, along with her short story collection Turn on a Sixpence and a non-fiction paranormal book entitled History and Mystery, Northern Hauntings Explored.

Kirsty loves writing ghostly mysteries and interweaving fact and fiction. The research is almost as much fun as writing the book itself, and if she can add a wonderful setting and a dollop of history, that’s even better.

Her day job used to involve sharing a building with an eclectic collection of ghosts, which often proved rather interesting.

You can find out more on her website, www.rosethornpress.co.uk
and her blog,  www.kirstyferry.wordpress.com

Jane Lovering lives in North Yorkshire with her five children, three cats, two dogs, four chickens and an ever-increasing number of bacteria.  Jane believes housework happens to other people, and writes romantic comedy novels in a frantic attempt to avoid being asked to ever do any.  She works by day in a local school, writes in the evenings and never watches television, unless it’s Doctor Who or anything featuring Tony Robinson.  She has five novels  published by Choc Lit UK, her most recent being Falling Apart.

Her novel, Please Don’t Stop the Music, was voted Romantic Comedy of the Year, and overall Romantic Novel of the Year for 2012, which enabled Jane to give a series of rambling speeches, which featured incontinence wear far more frequently than
anyone liked.

Find Jane on her blog, www.janelovering.co.uk

Having trained as an archaeologist Holly began spending most of her free time writing between excavations.  It soon transpired that her passion was the written word, although much of her past experiences in archaeology and museums do make an appearance in her writing, as does folklore from across the globe.

Her first novel was self-published under the imprint of Wyvern Publishing and won runner up for the children's section of the Self Published Book Awards (jointly run by the David St John Thomas Trust and Writers News).  Since then, her work has been published with Knowonder.com, Springbok Publications and many others.