The Next Big Thing BLOG HOP

I've been invited by a fellow writer to take part in a Blog Hop – it sounds exciting! All I have to do is answer some questions about my next book and then link to some other talented authors I know who will carry on the Blog. 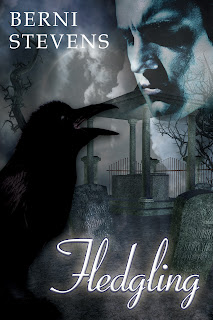 What is the title of your book?


My debut novel is called Fledgling, and the sequel is Renegades

Where did you get the idea for the book?

I’ve loved Gothic and paranormal fiction since first reading Dracula,
but I wanted to write a contemporary novel where vampires hid themselves 'in plain sight' so to speak.  I liked the idea of vampires travelling on the Northern Line and wandering around Camden Market!  Plus I wanted a really sizzling romance. Most  paranormal romances are set in places like St Louis,  New Orleans, and Louisiana,
so I wanted to put North London on the 'vampire' map.

What genre does your book fall under?

What actors would you choose to play your characters in a movie rendition? 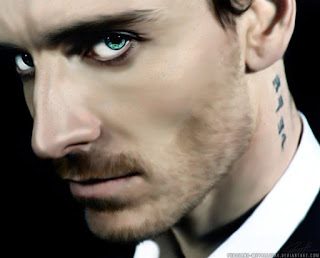 That’s a difficult one . . . originally I thought of Michael Fassbender for Will, after
I saw him starring in Hex as a bad demon. But he’s too well-known now, although the above pic
is fantastic. But now I  think it should be an unknown actor playing Will in order to make him believable. (As long as he’s tall, dark and gorgeous!)
Then I found this illustration in Getty Images, and he does have a look of Will about him! 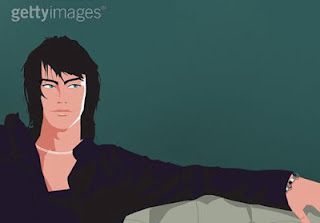 What is the one-sentence synopsis of your book?

A love for all eternity should be perfect, but perhaps not with the man who killed you.

Is your book self-published or represented by an agency?

Fledgling is published by www.thewildrosepress.com

How long did it take you to write the first draft of the manuscript?

It took a long time. Fledgling started out as a short story, which was published by the Dracula Society in 2003, and several people thought it sounded like the beginning
of a novel. I kept writing, then stopping, then starting again. Eventually I began writing in earnest again late in 2006, and in September 2008, posted the first few chapters up on the Authonomy website. The positive feedback I got from other writers there, encouraged me to carry on writing, and I signed
a contract with
The Wild Rose Press in 2010.
So it’s been a long time happening, not because I’ve been writing all that time, but possibly because I haven’t! In contrast, the first draft of Renegades was finished in a few months, although it still needs a lot of work. I think it came easier to me because the characters were already established and it felt natural to slip back into their heads
in order to continue their story.

Who or what inspired you to write this book?

Originally it was my love of the fantasy genre, I really wanted to create my own ‘vampires!’ I’ve always liked to write, and having worked in publishing for more than twenty years as a cover designer, the urge to actually write my own book never went away. Once Fledgling began to take shape, the best encouragement came from my husband, Bob and son, Sam.

What else about the book might pique the reader's interest?

I hope readers will be interested in the burgeoning love story between a very old Master vampire and a young fledgling vampire. All the jealousies and insecurities
as with any new romance, together with the added problems of dangerous enemies, a fear of the dark and an aversion to the taste of blood!

Now please follow these links to some other very gifted writers I know:


JASON BRAWN
Born 18th August 1973, date of The Texas Chainsaw Massacre.  Jason has always been a lifelong fan of the horror genre, and is now writing fiction and poetry.  His body of work  includes anthologies, magazines, webzines and now his own books.
/http://jasonbrawn.blogspot.co.uk/


DAVE WEAVER
Dave Weaver, a graphic designer, was born in darkest Surrey. He took quite a long time to begin writing. About a decade ago he joined the local Verulam Writers' Circle and has since had a number of short stories published in various anthologies and webzines. Much of his writing hovers on the shifting borders between fantasy and reality. He holds a particular fascination for the uncertain times of Britain's Dark Ages, no doubt inspired by the ruins of the Roman town of Verulamium near where he lives with his family and a cat called Trillian. Jacey's Kingdom is his first novel.
http://daveweaver-unreal.blogspot.co.uk
Posted by Berni Stevens at 09:33