Rossettis, Ghosts and the Gothic ... 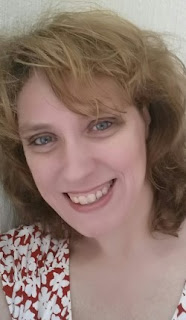 1.     Kirsty, I know you have a love of the Rossettis – in particular Dante – can you tell us what initially attracted you?

It was when I discovered the rather Gothic story of him exhuming his wife and muse, Lizzie Siddal, to rescue his book of poetry! He had buried the book with her, declaring that he couldn’t continue working without her to inspire him; but then when he needed to rebuild his career, he quite methodically retrieved the book. He just seemed an astounding character – they do say truth is stranger than fiction.

I began to research Lizzie and Dante, and was completely wrapped up in their story. He was a real bad-boy; charming, talented, wild and very, very attractive. There is a quote about Anne Boleyn in a poem by Sir Thomas Wyatt which states she was, ‘wild for to hold, though I seem tame’ and I think that, in essence, was also Dante. I would have hated to be married to him, he had numerous affairs and was reckless and capricious, but he seemed to have this magnetism that drew women to him and kept them in his thrall. He achieves that even beyond the grave. I must confess, I often wonder why Lizzie stayed with him – but he must have had something that held her.


Easy. Wuthering Heights by Emily Brontë. It’s an incredible book with so many different layers to it that I find something new every time I read it. The whole idea of the desolate moors and the unearthly passion between Cathy and Heathcliff takes my breath away. Cathy is in a very small part of the book, but the dynamics between her and Heathcliff are extremely powerful; and the speeches they make are some of the most beautiful in literature.


I must confess that I do! I work in a haunted building and used to live in a haunted house; so yes. Absolutely.

It was an Edwardian lady who haunted my house. The house was built in 1906, so whether she was an owner or one of my relatives, I don’t know. She would come into the room on a really cold breeze and stand by the bed. That was fine, but the day I heard her walking up the stairs was the day I told her I didn’t mind her wandering around, but I’d appreciate it if she didn’t make a noise. I had a two-year-old to consider, after all! She didn’t do it again, which was kind of her.


Oh my goodness. I don’t know! I love hearing ghost stories, especially real life ones from colleagues or friends. I’m more inclined to believe them than the hyped up ones you read about or see on TV programmes. What commercial gain would, for example, one of  the cleaners at work gain by telling me she had seen a man disappearing up some stairs that were no longer there, or walking into an office and seeing a man sitting at a desk who then vanished?

I suppose one of the nicest stories I have experience of, is when my son told me he had been talking to my Grandma and she said I was a good mum. He was about four at the time and my Gran died when I was sixteen. I showed him a photo of her and he said that was the lady who had come to see him. We also have a picture of her sitting on a bench in my parents’ garden – taken about ten years after she’d died! I do believe she’s still around and it’s nice to feel her presence – even though she sometimes sits on the edge of my bed and I feel it dip although I can’t see her!


Plotting? What witchcraft is that? I don’t plot at all. I start with a concept and perhaps a vague idea of the start and the end, but it’s very fluid and usually ends up nothing like the initial idea. I love writing like that though. I would feel a plan was too constricting and I prefer to let my stories develop organically and for the characters to almost take over and tell me their stories.


6.     I know you have self-published several novels, do you think this is a good thing for unpublished writers to do? If so, why? (Sorry sneaky two questions for the price of one there!)


I’ll forgive you! The novels I have self-published are very niche novels. I did try to get two of them (The Memory of Snow and Refuge) traditionally published, but as they don’t really have a wide commercial appeal (They are both paranormal novels set in the north east of England. Snow is based on Hadrian’s Wall, and Refuge on Holy Island), it was impossible to get them placed although the feedback was all positive. I then went ahead and self-published them and found that most people actually really liked them, especially Snow. I managed to get Snow stocked in Vindolanda Museum on Hadrian’s Wall, and recently did an event with Groundworks about the witch I based the story on. It’s a funny old book – it has these resurges of interest and I remember how much I loved writing it every time that happens. It’s the only book of mine that I would never let anybody touch (it was lucky enough to win a competition to be proofread so it’s not entirely untouched, but it’s largely untouched!) It is the way it is and it’s staying that way! 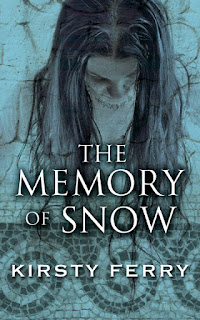 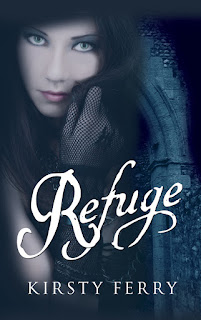 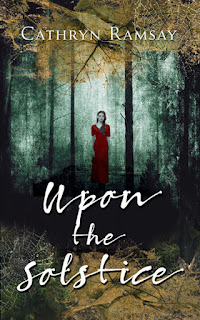 I also managed to get local magazines to review the books and generated interest that way, and have done some author talks springing from that interest. The biggest thing I had to do was manage the publicity – building a website and drawing peoples’ attention to the books, sort of thing. I tend to let those books do their own thing much of the time, and I have found that with my Choc Lit novels finding readership, people are flowing towards those niche books more now as well. I recently published another one, a very different Gothic book called Upon the Solstice, but wrote that under the pen-name of Cathryn Ramsay with the full support of Choc Lit. Solstice is so very different to my Choc Lit work that I didn’t want people buying it thinking they were going to get a nice Choc Lit story. It’s a very dark book and has lots of folklore and fae-ness in, but again was great fun to write. It must be doing something right, as it was number 15 in the Gothic charts on Amazon last time I checked.

As far as advising unpublished authors to self-publish, I would say be realistic. You are highly unlikely to make a fortune out of it and you have to make sure you understand that you will have to put a Marketing head on too. You’ll also have to be 100% sure the book is as good as you can make it – get it edited and proofread before it goes up there (and not just from a friend who will say it’s great. Rope in an honest friend, or get it done professionally if possible). You also need a professional looking cover – it’s a product and ‘you’ are the brand. Give people a reason to want to explore your work further, and not a reason to go ‘That screams self-published as the cover is cheap and nasty.’ Berni has designed all the covers for my novels – and to me that’s money well spent. You can self-publish for free, basically; but if you have a budget, I would strongly recommend a good cover and a professional edit to cover all your bases! 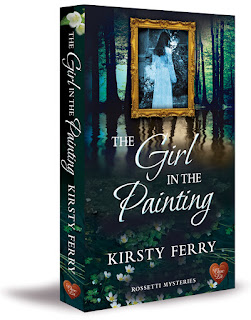 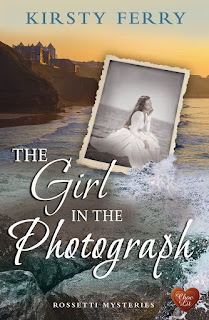 The Girl in the Photograph

What if the past was trying to teach you a lesson?

Staying alone in the shadow of an abandoned manor house in Yorkshire would be madness to some, but art enthusiast Lissy de Luca can’t wait. Lissy has her reasons for seeking isolation, and she wants to study the Staithes Group – an artists’ commune active at the turn of the twentieth century.
Lissy is fascinated by the imposing Sea Scarr Hall – but the deeper she delves, the stranger things get. A lonely figure patrols the cove at night, whilst a hidden painting leads to a chilling realisation. And then there’s the photograph of the girl; so beautiful she could be a mermaid … and so familiar.
As Lissy further immerses herself, she comes to an eerie conclusion: The occupants of Sea Scarr Hall are long gone, but they have a message for her – and they’re going to make sure she gets it.


Kirsty is from the North East of England and won the English Heritage/Belsay Hall National Creative Writing competition in 2009 with the ghostly tale 'Enchantment'.

Her timeslip novel, Some Veil Did Fall, a paranormal romance set in Whitby, was published by Choc Lit in Autumn 2014. This was followed by another Choc Lit timeslip, The Girl in the Painting in February 2016, and The Girl in the Photograph in March 2017.

The experience of signing, Some Veil Did Fall in a quirky bookshop in the midst of Goth Weekend in Whitby, dressed as a recently undead person, was one of the highlights of her writing career so far!

Kirsty’s day-job involves sharing a Georgian building with an eclectic collection of ghosts – which can sometimes prove rather interesting.

Thanks so much Kirsty, for chatting to us today.