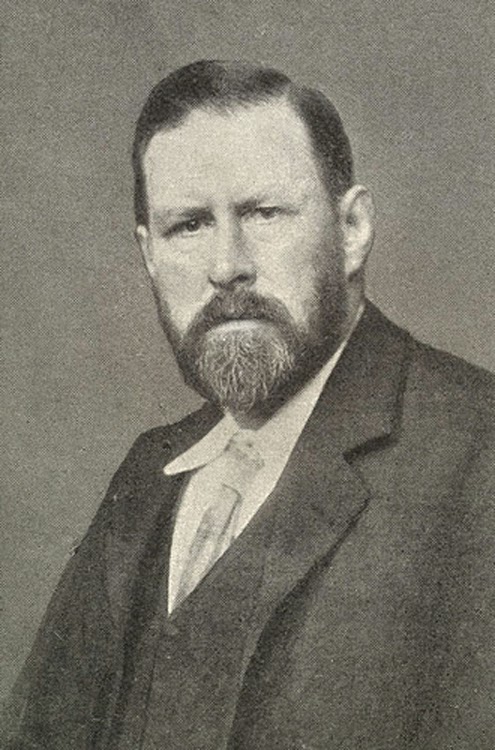 The Dracula Society's Annual Dinner is always arranged as close to the great man's actual birthday as is possible. This year it fell on the 8 November which would have been Stoker's 167th birthday. Two years ago, the Society celebrated – if that's the right word – the centenary of his death. The popularity of his greatest creation, Dracula, the most famous vampire in the world, has never abated. There's a very good reason why the book has never been out of print since it was first published in 1897.

We, the Society, are all – without exception – devout fans both of Dracula and other Gothic literature, and film and theatre.  We have two annual awards; the Hamilton Deane Award for either an actor, scriptwriter or director for the best performance or contribution to a film, TV or theatre production in the Gothic/supernatural genre. And the Children of the Night Award for the best novel or anthology of short stories in the Gothic/supernatural genre. 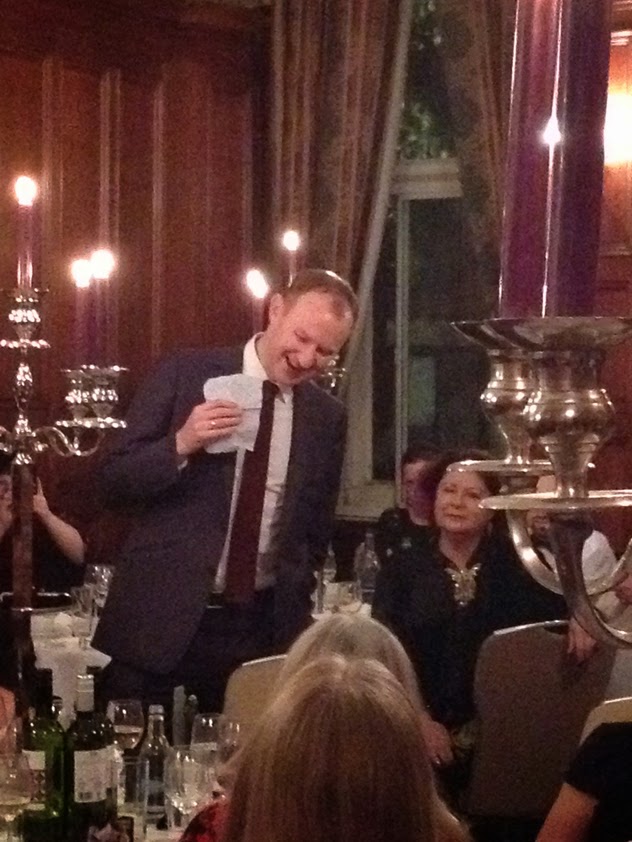 This year, the Hamilton Deane Award was won by Mark Gatiss, actor, comedian, screenwriter and novelist. He's known as one of the team responsible for The League of Gentlemen, writing for and acting in, Doctor Who, and of course the completely fantastic Sherlock, starring Benedict Cumberbatch and Martin Freeman. His latest project is co-starring with Bill Nighy and a hugely star-studded cast in the film version of Dad's Army.
We considered ourselves incredibly fortunate that Mark was able to collect his award in person on the night. It was a pleasure to meet him, and yet difficult to resist the urge to curtsey! 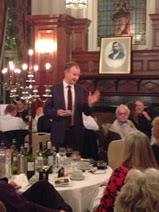 The Children of the Night Award was won by one of our own members, which – I think – may be a first. The lovely Anna Taborska won the award for her collection of short stories, For Those Who Dream Monsters. The contenders for both awards are nominated by members, but the Children of the Night contenders are all read by a panel of at least six people. The meeting of the members of the panel is usually a colourful and very noisy one, as everyone attempts to make a final decision. Although, this year I believe, it was pretty unanimous. 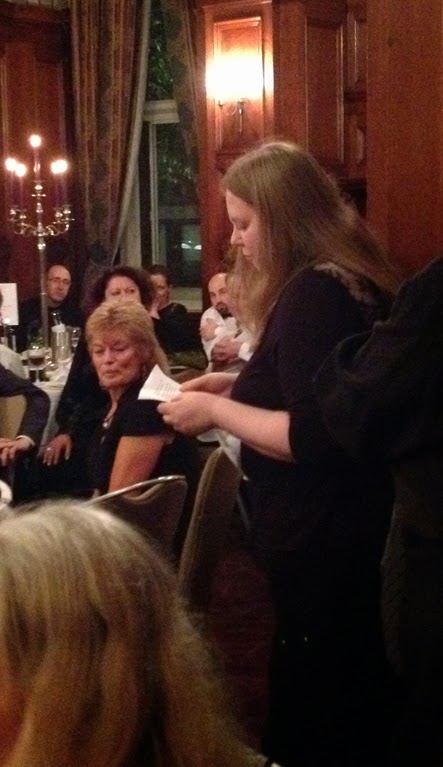 Our other special guest for the evening was, actor and musician, Jeremy Clyde. Another celebrity with a list of credits that simply goes on and on . . . and on some more. Added to his film and music credits, I've just discovered he is the great-great-great-grandson of the famous Duke of Wellington, who defeated Napoleon at Waterloo! So I really should have curtseyed to him!

Jeremy's musical career began as a duo with Chad Stuart, having several hits and eventually parting company in the late 1960s. They reunited in 2004, and are still doing concert tours.
Jeremy is best known for his role as Gessler in William Tell, and parts in The Iron Lady, Kaspar Hauser, and more recently, Eastenders, Heartbeat and Downton Abbey. For Dracula Society members, Jeremy's role as Shalcken in Sheridan Le Fanu's Schalcken the Painter, will provide a special interest. There's even a footnote on IMDB which says Jeremy and Marianne Faithfull were once an item . . . I didn't ask!

I was fortunate to be on Jeremy's table for dinner (the Van Helsing table no less!) He was funny, entertaining and an all round lovely person! 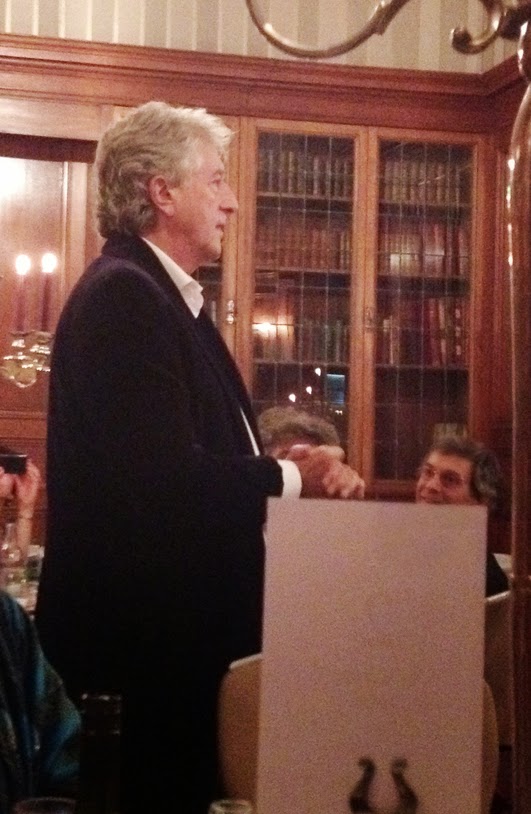 It was a fabulous evening. A chance to bring out my 'inner Goth' and mix with like-minded people. The ambiance and Victorian splendour of the beautiful Hotel Russell added to the feel of grandeur and occasion. So sparing a thought for the hard work of Julia Kruk and Adrian Autton for the organisation (must have been a nightmare) to Kate Haynes for the Quiz and Vic for the incredible sculpting of the awards themselves - thank you! Another overwhelming success for the Dracula Society. 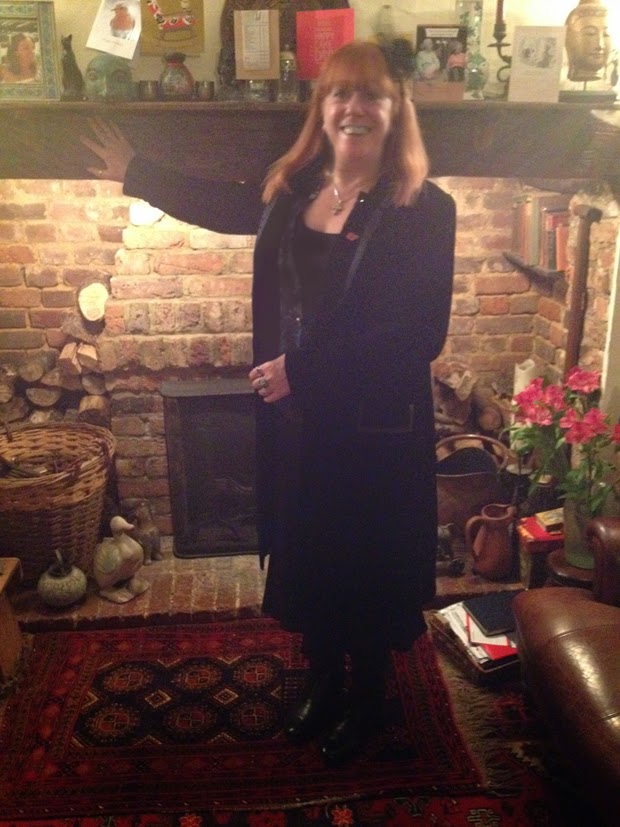